The last few months have been extremely busy for the folks at Relecura. They have used this time to  build out their platform, and add new features. Their emphasis has been twofold:

The designers have bolstered these two objectives by enhancing data coverage within the system as well with the addition of full-text documents for many new geographies. There are also searchable machine translations for the documents that are not available in English. In addition, the company is introducing Relecura Enterprise, a custom version of Relecura, to address the specific IP intelligence needs of organizations.

Relecura’s usability specialists took a hard look at the user interface (UI), and realized that it had become less intuitive with the addition of an increasing number of elements added over the years. The decision was made to completely redesign the UI to help simplify, and streamline performing essential analysis tasks. During the course of the redesign the company also looked at overall UI performance, and were able to significantly improve on previous versions. Examples of the new interface can be seen in Figures 1 & 2:

All of the earlier features have been retained, but a key element of the new UI is the accessibility of the search, refine, and analyze operations, arranged vertically on the left-hand side of the screen. This makes it easy for the user to search for, and study a set of patent documents. The user may efficiently cycle through the various refine, analyze, and visualization operations, without having to revisit the result set after each of these steps. During the course of the analysis, having the result set is handy, and it is convenient to be able to refer to it if required. The layout, along with several performance improvements, have made the new UI more intuitive, and the user experience much snappier. Figure 3 below provides an example of this functionality:

One of the most requested features are dashboard displays and these are now available in Relecura. Dashboards can be created based on customizable templates containing widgets that display data and visualizations. These dashboards serve a dual purpose. They offer a dynamic snapshot of a set of patents of interest, and they can be shared within an organization. In effect they serve as a live customizable report of the various facets of patent portfolio of interest.  The dashboard widgets will automatically display updated data when accessed, as new patent documents get added to the portfolio. There is a widget library, which will continue to be added to, from which the templates may be populated. An example dashboard can be seen in Figure 4:

Relecura introduced Public Portfolios and Public Documents back in November 2014 which enabled the sharing of a set of patent documents along with analytics. Dashboards complement these features with regard to presenting and sharing patent data and analytics within the organization.

Relecura has also added a Shared Tags feature to support collaborative annotation of patent documents. This is an extension of the previously available user-defined tags feature, which were essentially private tags. Shared tags are visible to, and can be modified by all users under the same account. As before, tags may be applied to individual patent documents or groups of documents, and can be used to annotate patents in any manner the user desires. Tagged document sets may be operated on like saved search results. Visualization and analytics like comparative graphs, comparative Topic Maps, and the Analysis Matrix are also available for tagged document groups.

Finally, Relecura is now offer a customized version of Relecura with unlimited API usage for enterprises. The custom version integrates the search and analysis of internal patent documents with published patents. Customizations can range from feature requests, to tailoring Relecura to support specific workflows of the enterprise. The installation is managed by the Relecura team, with regular updates to the features and data. On-site training is also available as part of the installation package. Relecura Enterprise can be configured in a number of different ways for a variety of different implementations, one of which is shown in Figure 6 below:

The company believes these improvements represent a game-changing advancement for the patent search, and analysis space. There is no one-size-fits-all solution to integrate different systems, and support the numberous workflows that enterprises employ. Custom Relecura, with its multi-platform delivery of analytics, and its ability to efficiently integrate with internal systems via our API, is an attempt to provide enterprises with appropriate solutions for their IP analysis, and intelligence needs.

The team at Relecura have been busy over the past several months and have rolled out several significant improvements to the Relecura platform, but they are not resting on their laurels. Stay tuned for even more improvements, and functionality coming soon. 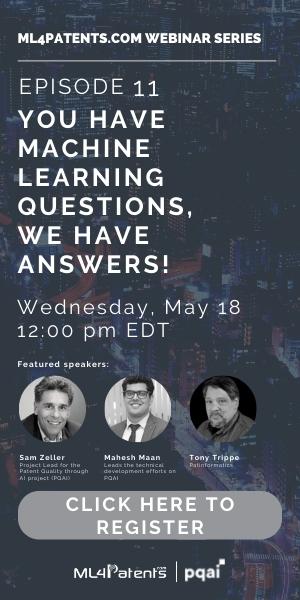